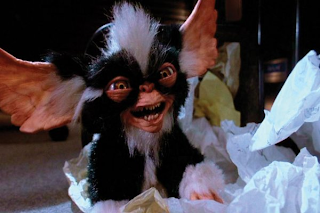 For my next build i decided to build Mohawk, the mogwai from the 1990 film Gremlin 2: The New Batch. He is described as... As a mogwai, Mohawk had black and white fur, red-yellow eyes and very sharp teeth,  also has curved ears that resembled small bat wings along with a distinct white mohawk from the top of his head to his back. The body and details are going to be made with paper mache and sculpting putty. After 2 days of work i had the body, head and ears done and ready to give another layer of paper mache. 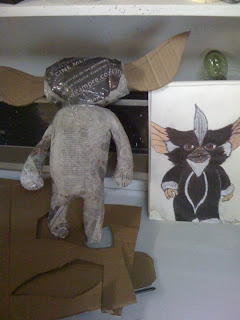 Updated will be added so bear with me for now
So today i went to this fabric store close to my house and got some black and white fabric. Cut out some black fabric and hot glued it to the body. 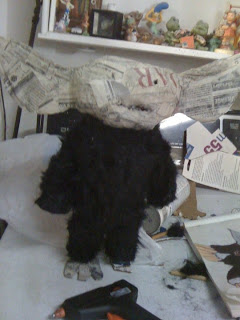 At this point he looks more like an ape instead of the gremlin but im working on it. The ears and facial details i decided im going to sculpt with putty and cover in liquid plaster to help keep its shape. Plumber putty was great for the ears because of the way its easy to work with and not messy at all. Later i started to add the white fur around the arms, legs and chest. Theres also a white stripe going down the back but right now im having trouble on how to make the mohawk... 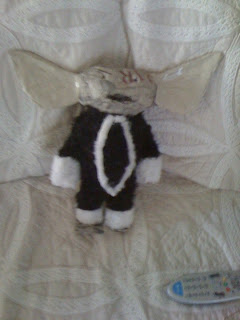 And all thats left is the mohawk and the feet.... i feel that it could have come out better but for one week of work im happy with it 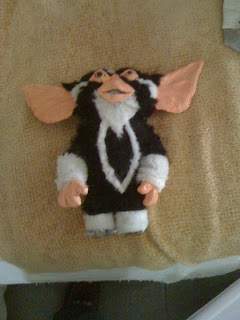 So i decided to redo the gremlin and im pretty happy with the results so far! 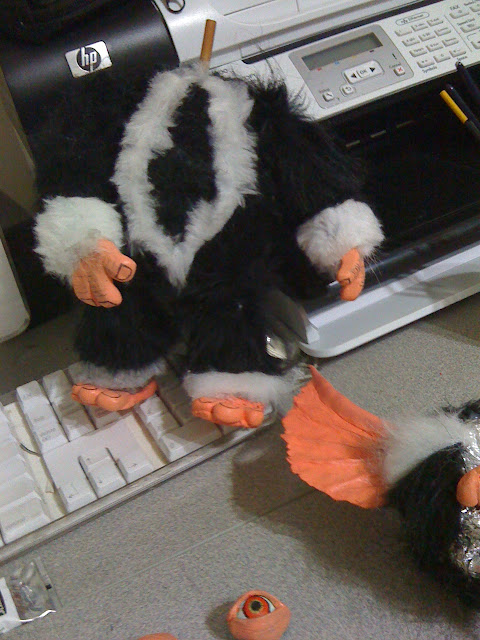 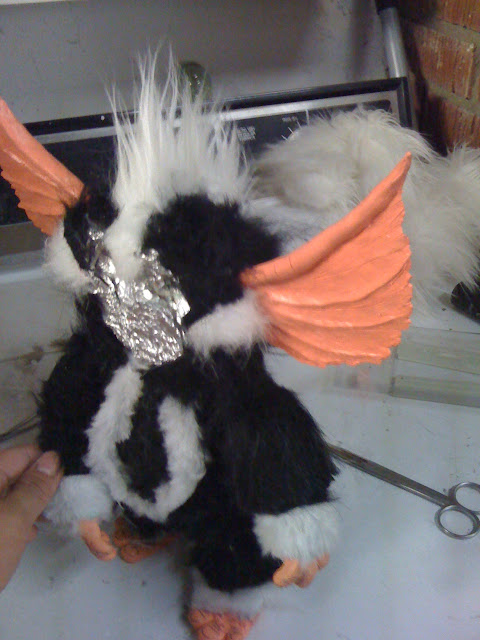 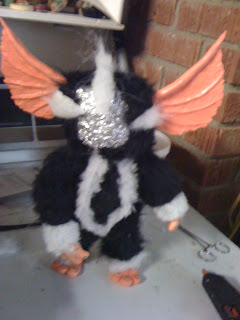 The entire thing is made up of only rolled up newspaper and aluminum. The fur is kept together by hot glue so i guess its a pretty eco friendly prop. the ears are made of oven friendly clay with non toxic paint.
Posted by Renteria Props at 6:51 PM